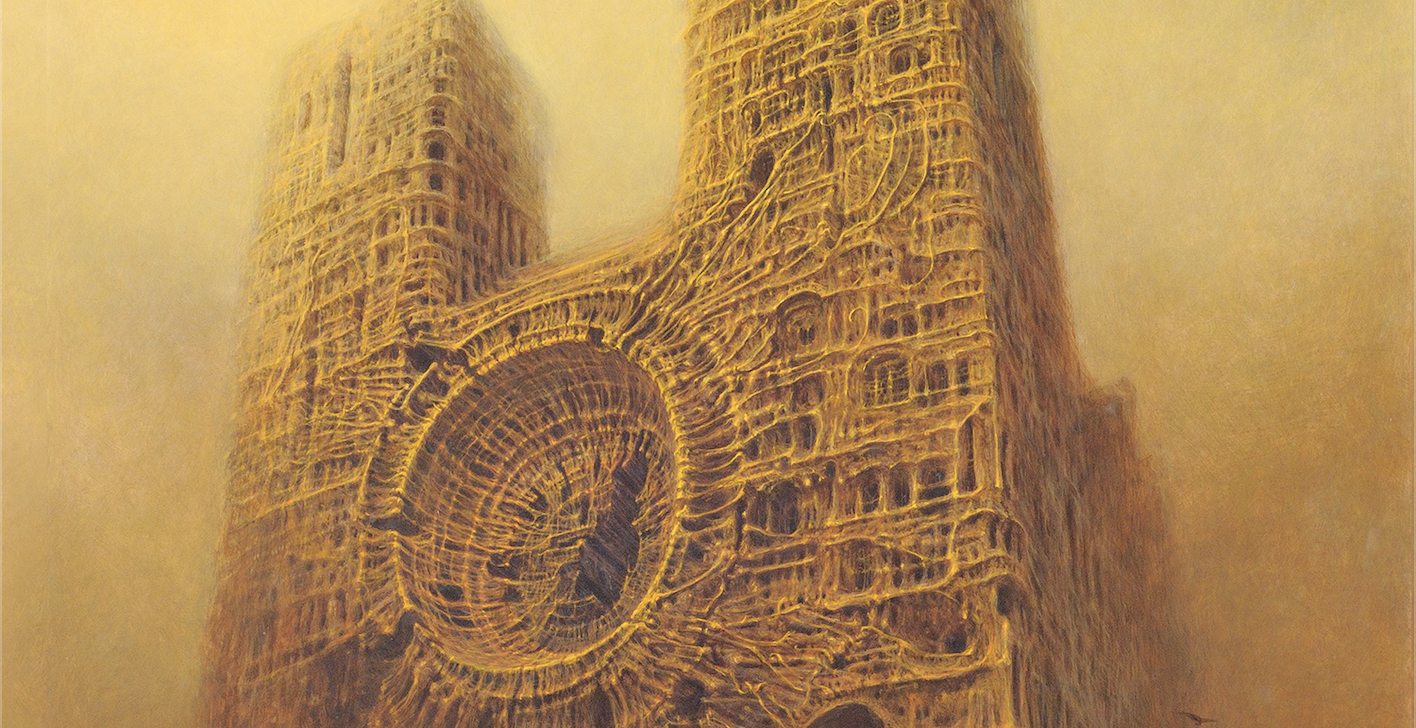 Do you see the perilous land of dreams and nightmares before you? A vision of beauty and horror is but the first step on your way to become a strategist, a conqueror, and perhaps even the victor.

Delve into the disturbing landscapes and choose your destiny. Will you follow your personal dreams to project your power? Will you tread the ritual path leading you into lucidity? Will you embrace the nightmare and satiate the eternal hunger of the Cathedral?

Whichever you choose, steel yourself for a brutal and treacherous conflict, for your opponents embark on this journey with the same goal as you - and even the land itself rises up to resist those who wish to become its masters.

Nightmare Cathedral prominently features the haunting artwork by the late Polish surrealist painter and sculptor Zdzisław Beksiński. Although Beksiński's art was often grim, he himself was known to be a pleasant person who took enjoyment from conversation and had a keen sense of humor. He was modest and somewhat shy, avoiding public events such as the openings of his own exhibitions. He credited music as his main source of inspiration. He claimed not to be much influenced by literature, cinema or the work of other artists, and almost never visited museums or exhibitions. Beksiński avoided concrete analysis of the content of his work and was especially dismissive of those who sought or offered simple answers to what his work "meant". Nightmare Cathedral is a strategy game for 1–4 players, where victory is gained by controlling the map, managing resources, following objectives and selecting when to engage in fast and furious conflicts to gain strategic advantage. Over the course of the game, you will perform actions — and follow the actions of other players — to produce units, build fortifications, maneuver around the map, and spend your followers to climb the ritual track. Throughout the game, a haunting Cathedral will grow in the center of the board, and once it is completed, you will face — and gain the ability to control! — the physical manifestations of nightmares that are released upon the world. Nightmare Cathedral is a game of both strategy and tactics, where finding clever ways to follow your objectives and combining different strategies is the ultimate route to victory. 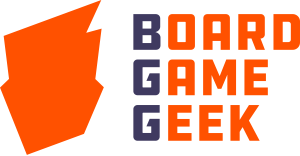 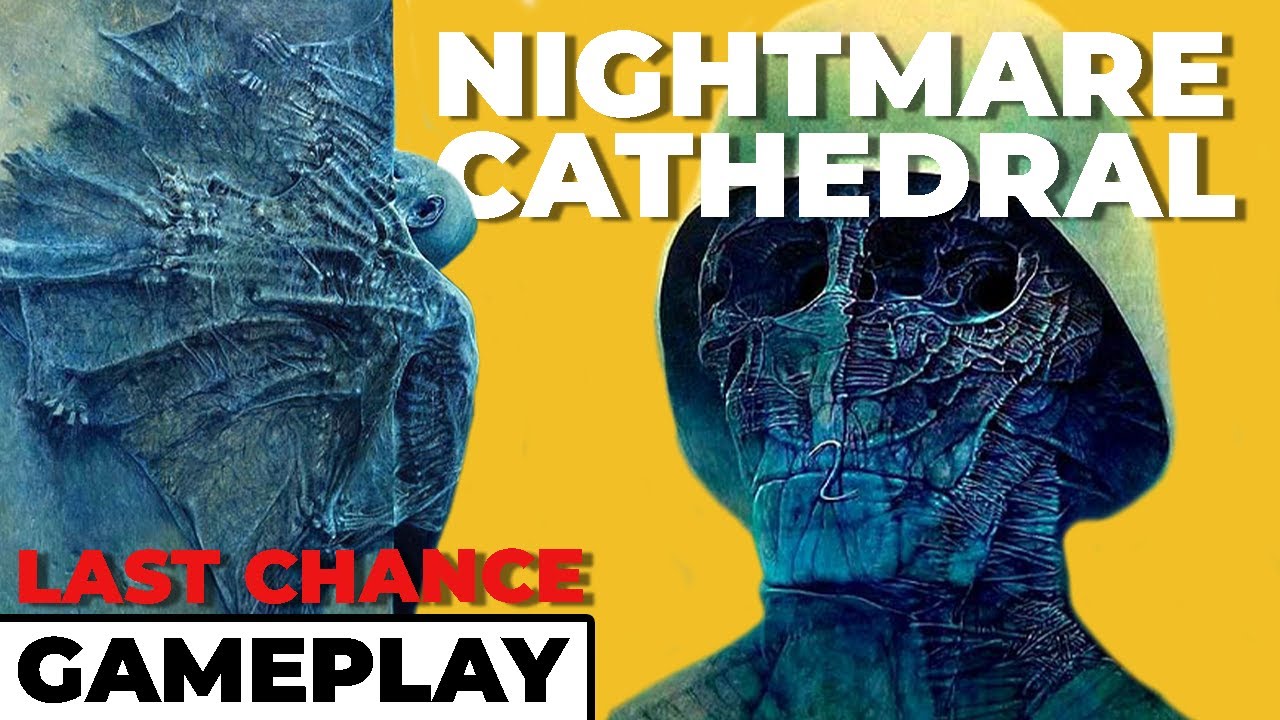 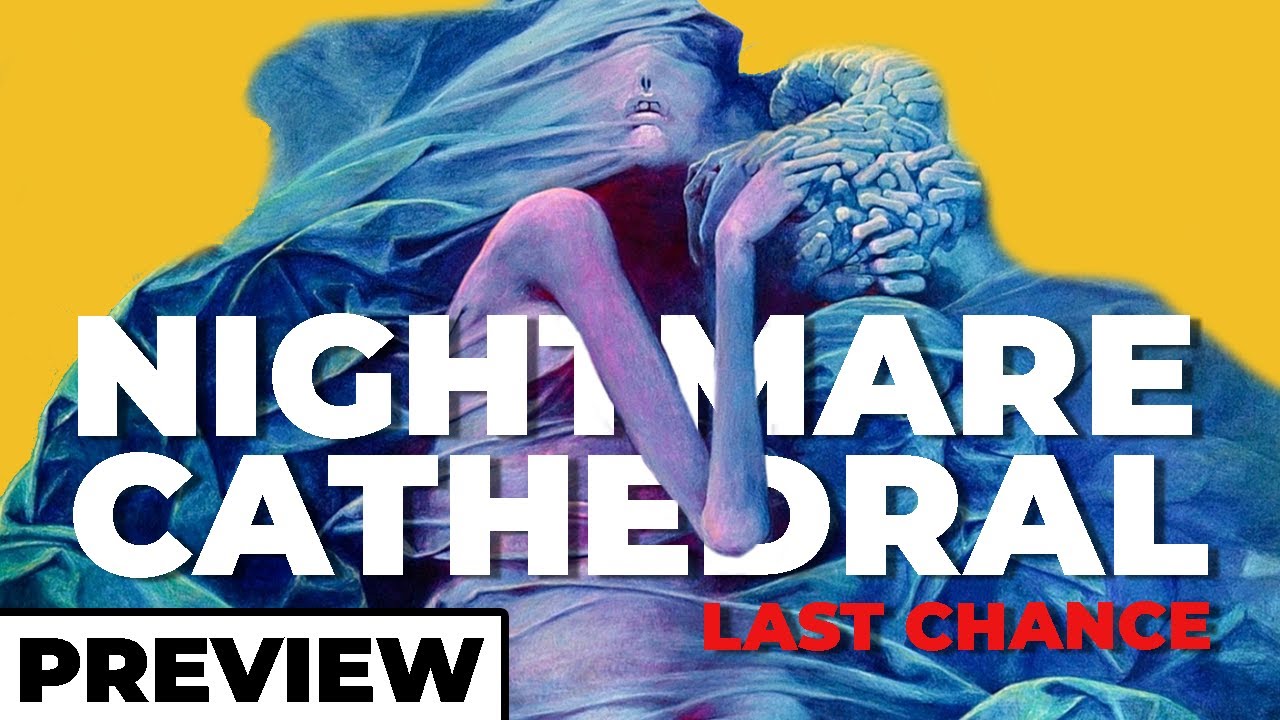 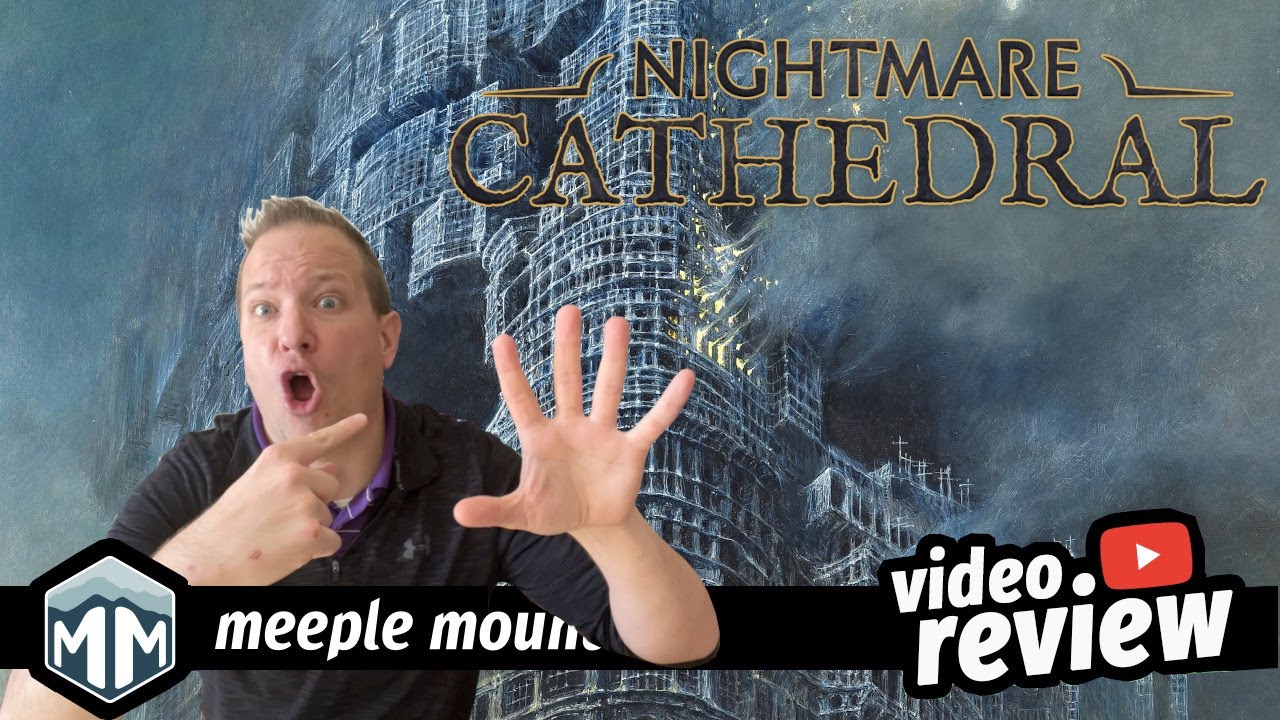 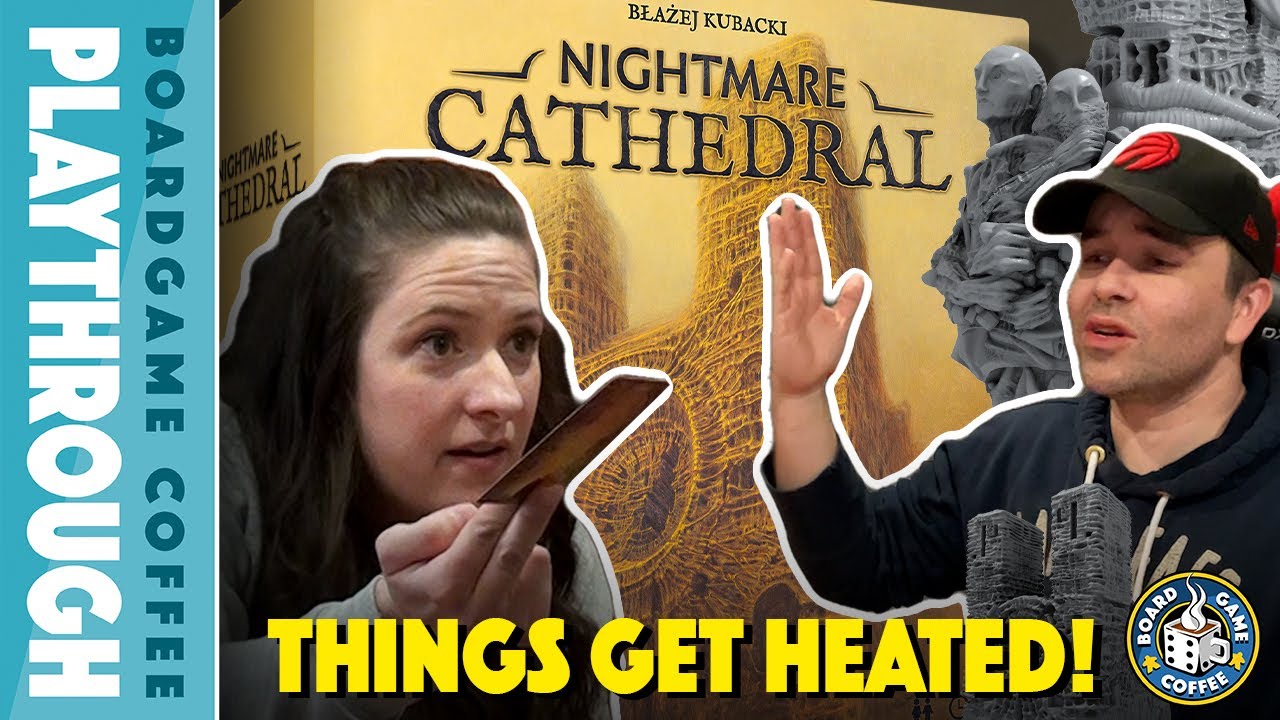 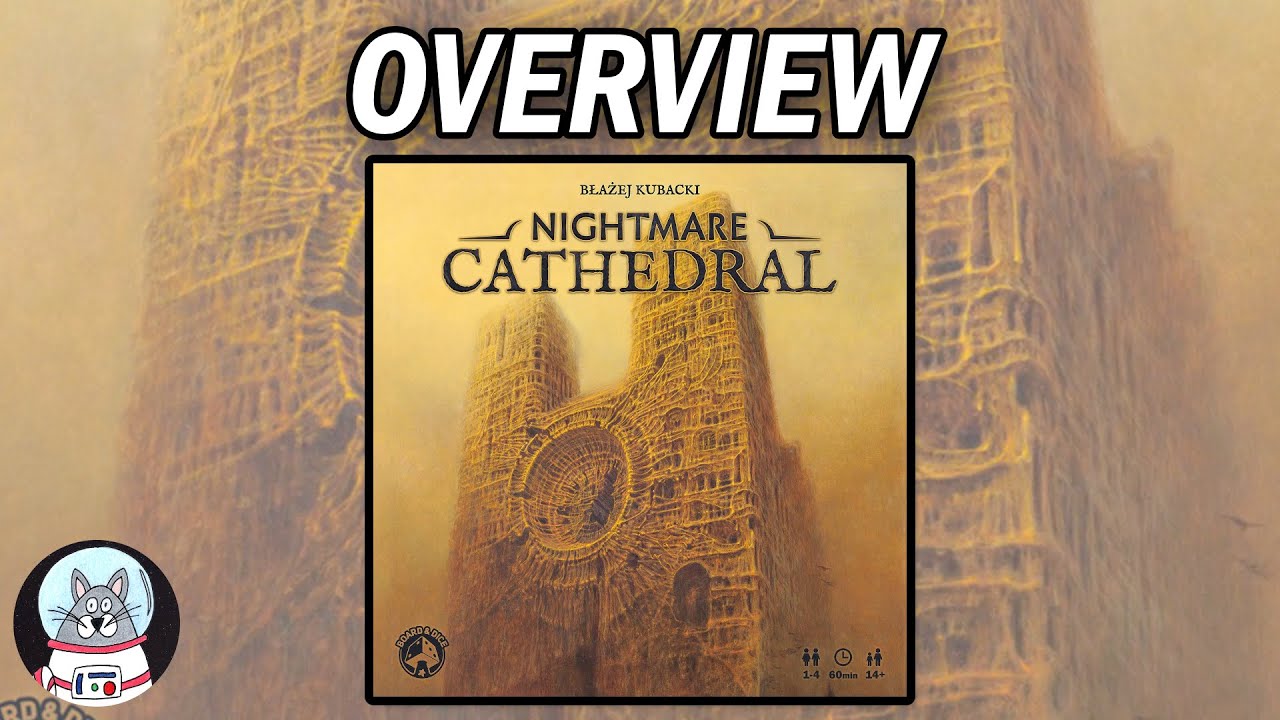 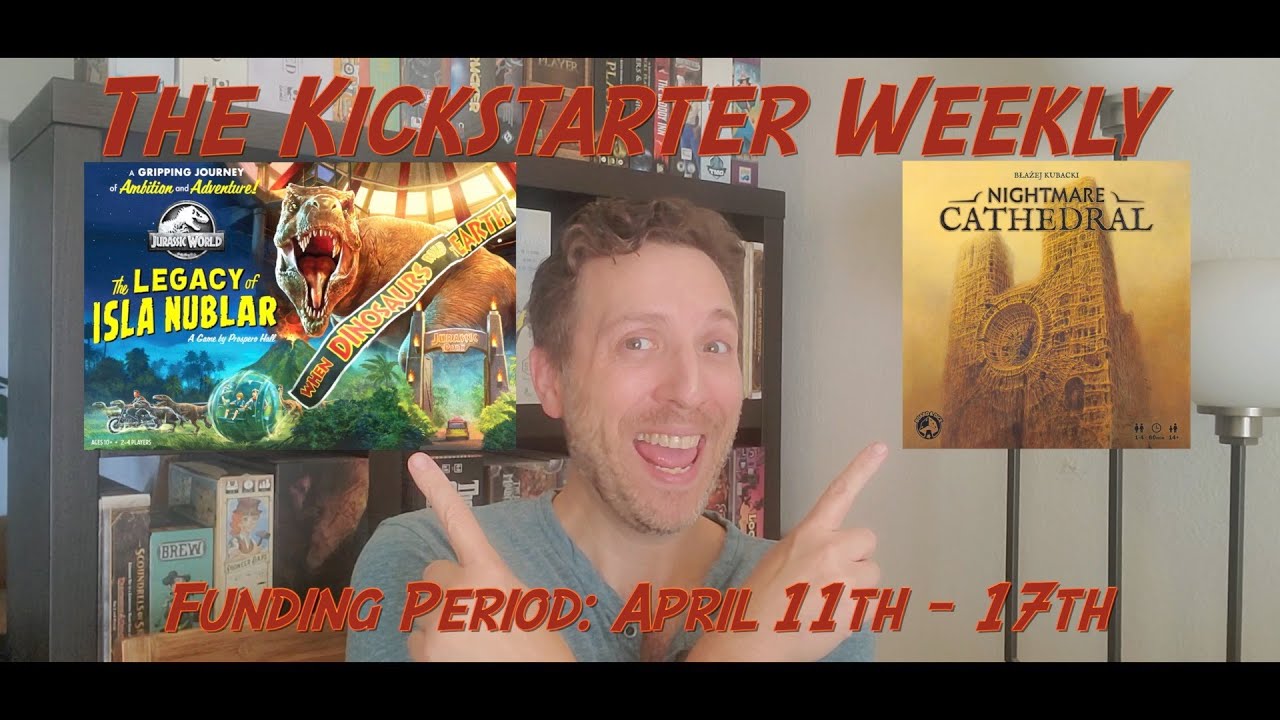 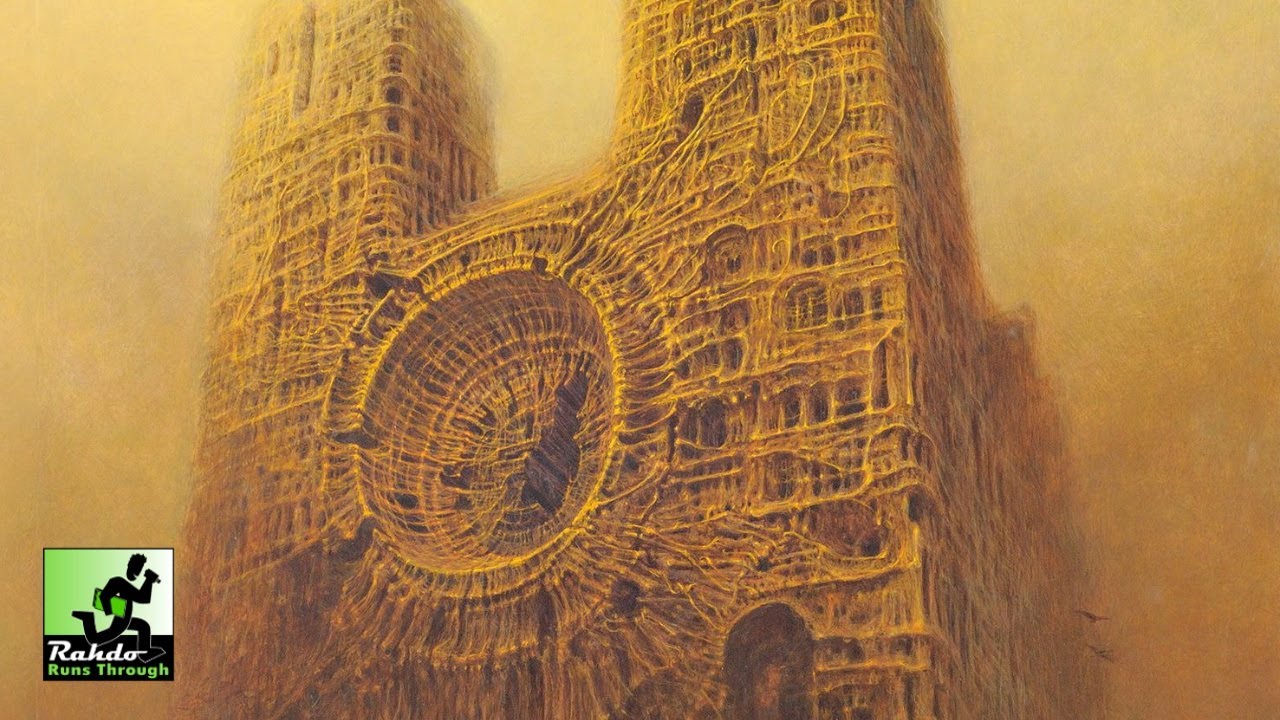 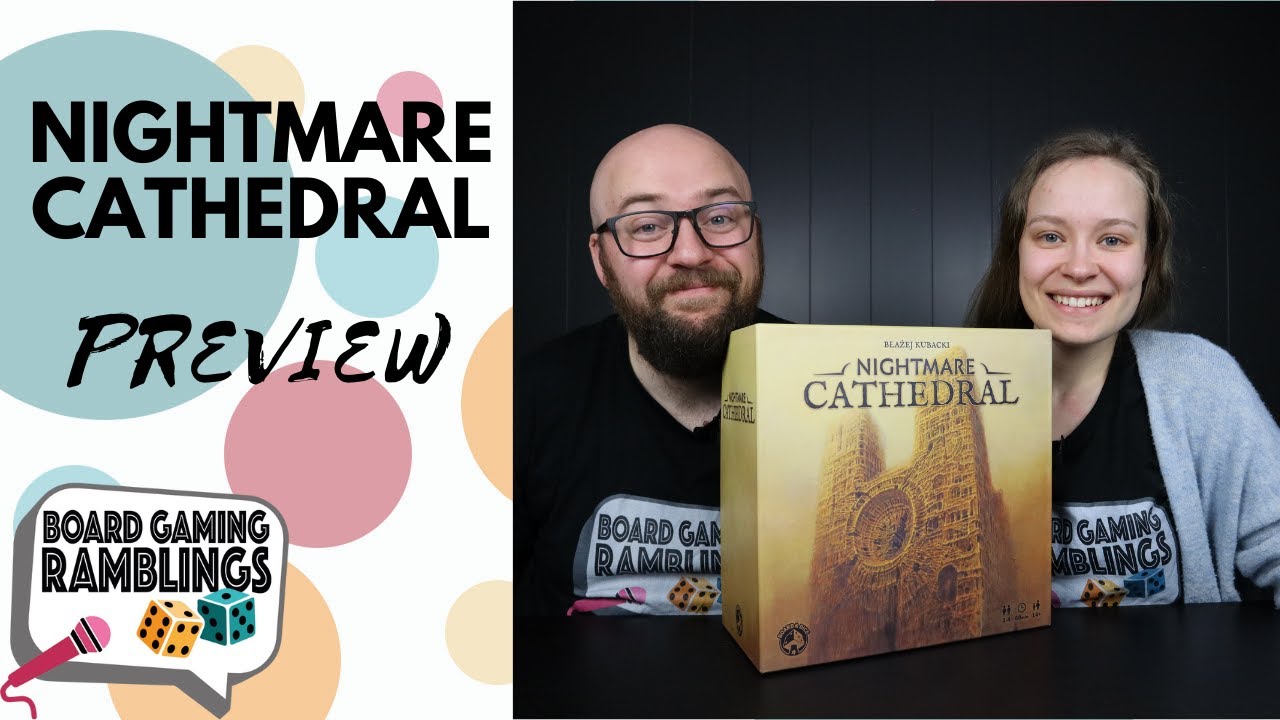 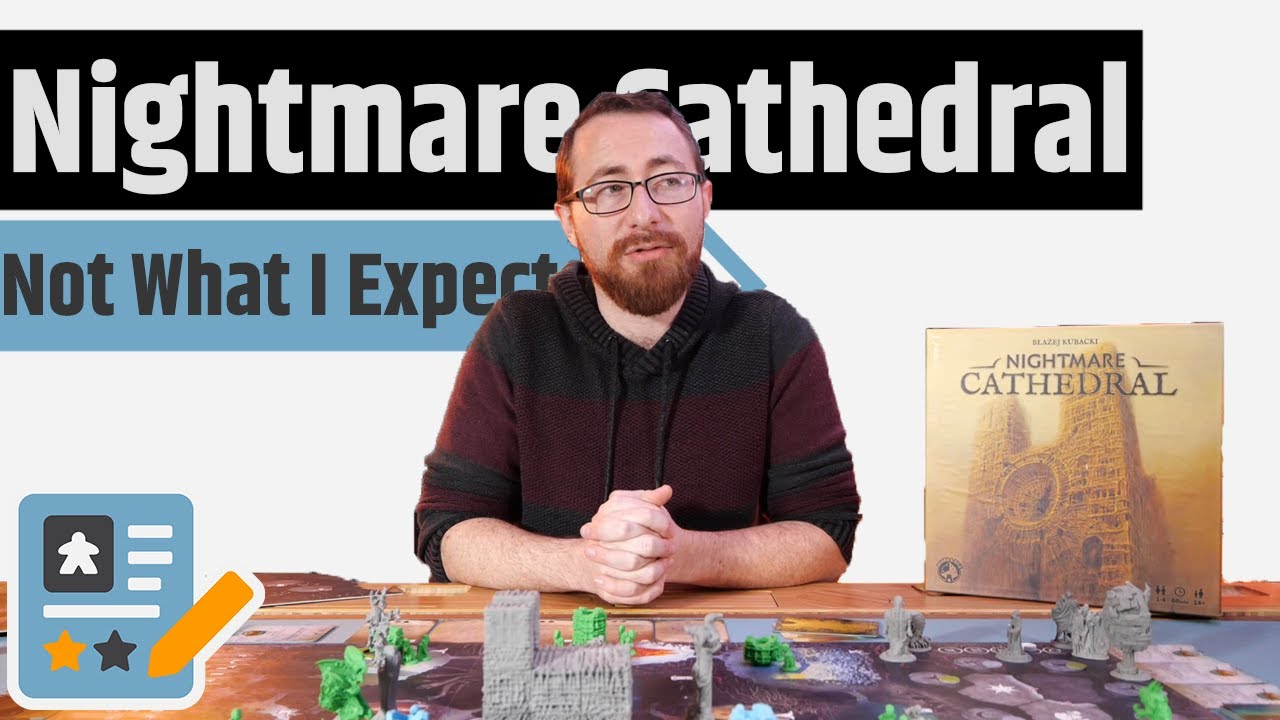 Nightmare Cathedral - Surprisingly Addicting For A Cathedral Of Horrors 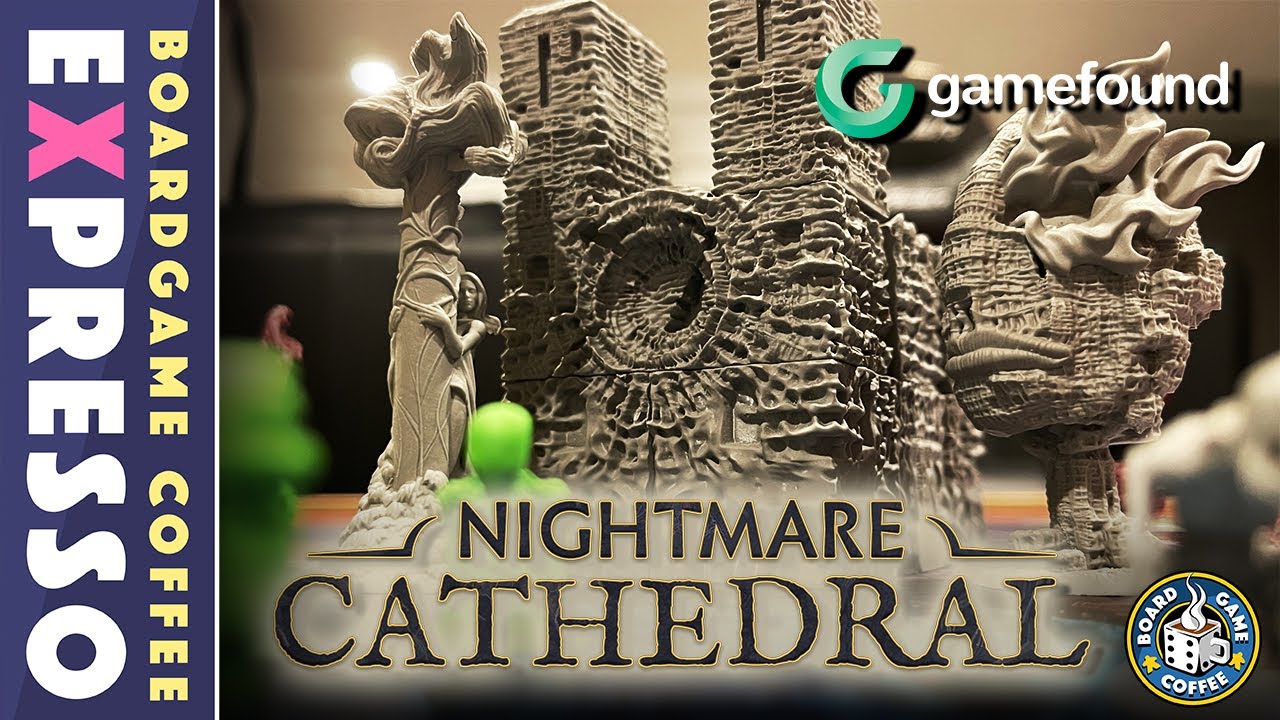 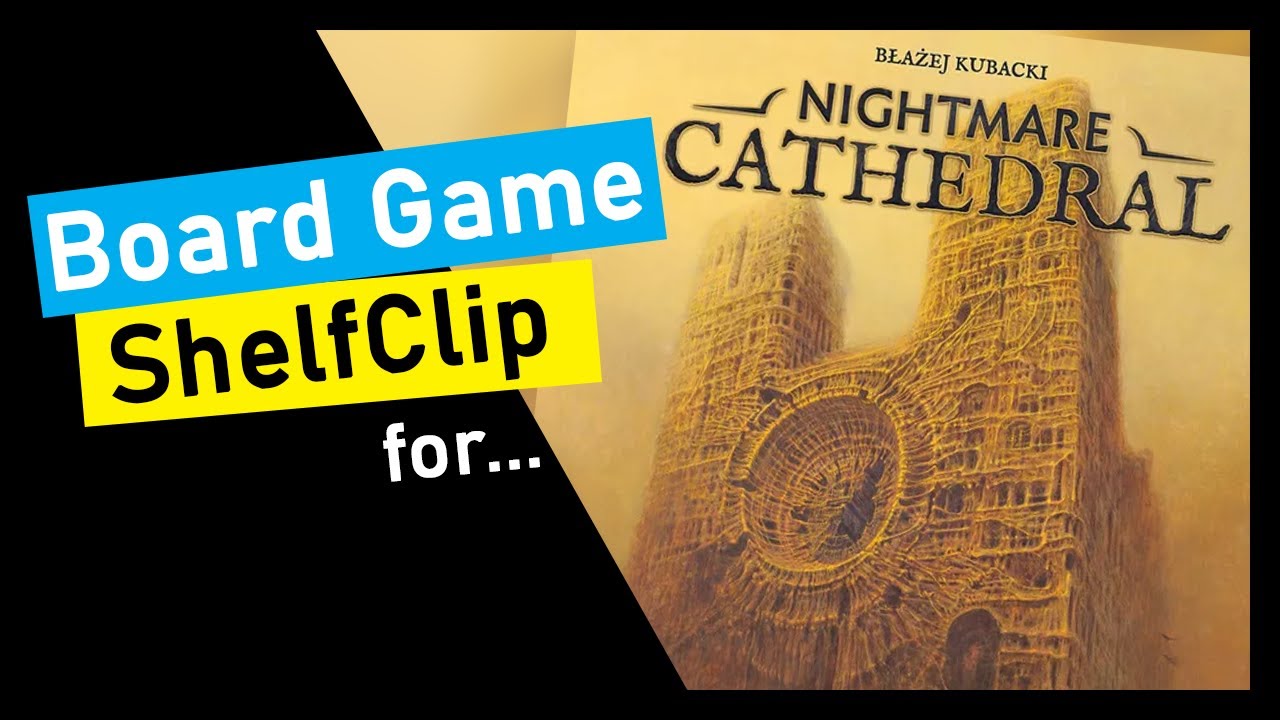 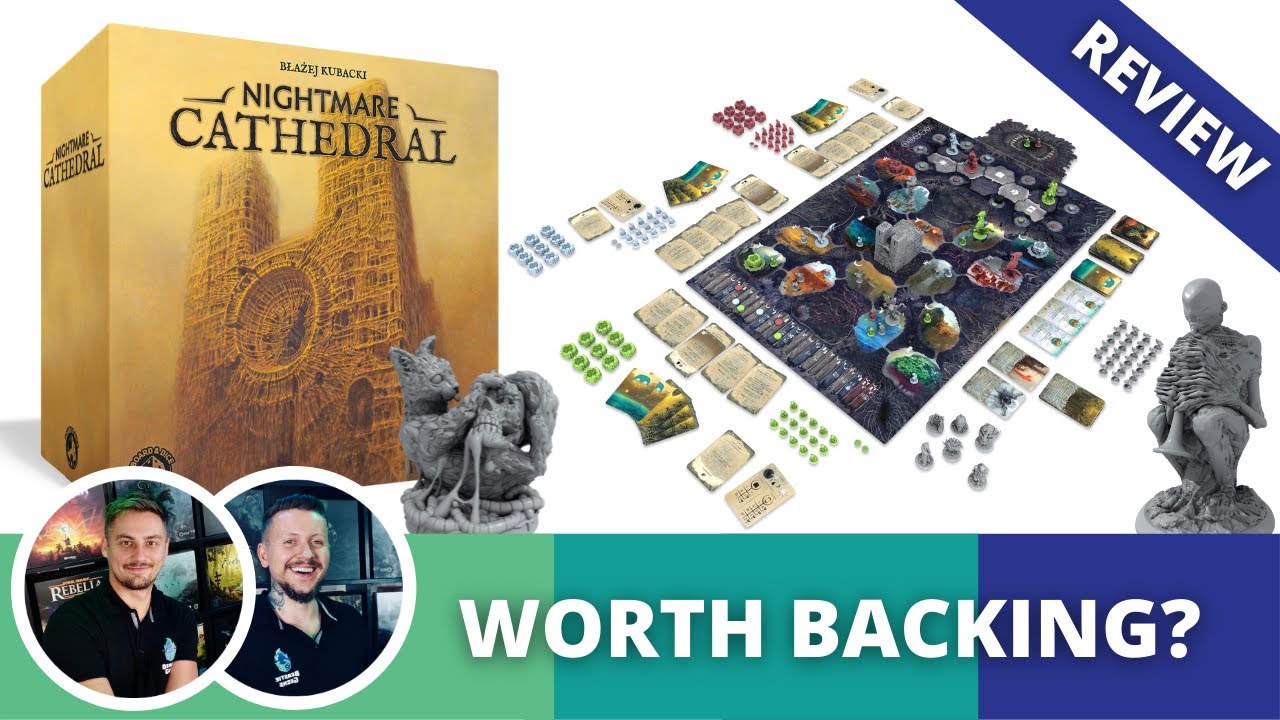