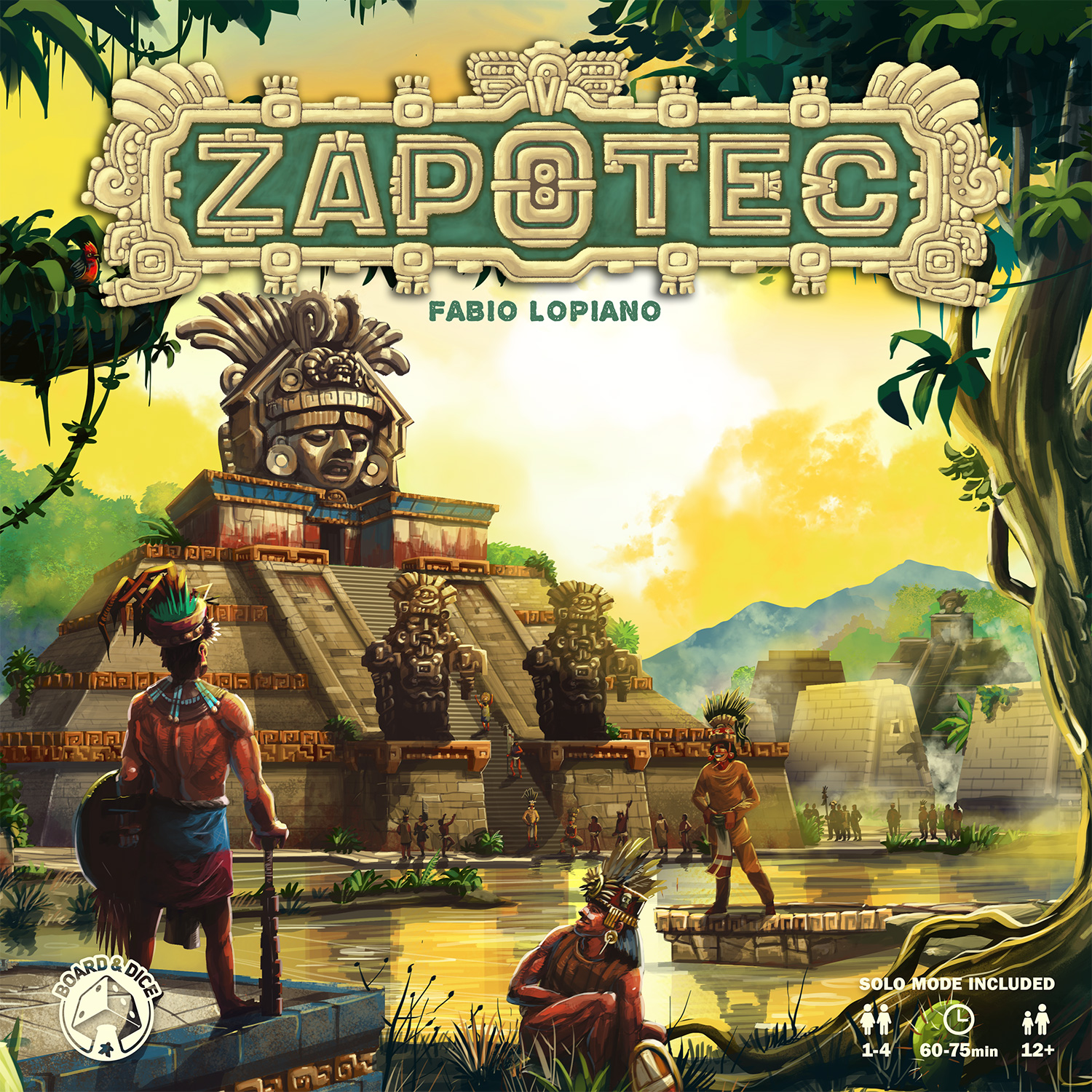 Build temples, cornfields and villages in the three valleys surrounding the capital to generate resources needed for building pyramids, making sacrifices to the gods, and performing rituals.

Each round, players simultaneously pick a card from their hand to determine their turn order and the resources they collect. Players then perform individual turns and spend resources to build new houses, gain access to special abilities, make sacrifices to the gods and build pyramids. The played action card determines three important aspects of each player’s turn:

At the end of the round, players draft new cards from the central offer, with the final undrafted card becoming the scoring bonus card for the following round.

After five rounds, players score points for pyramids, for their position on the sacrifice track, and for their ritual cards. The player with the most victory points wins.