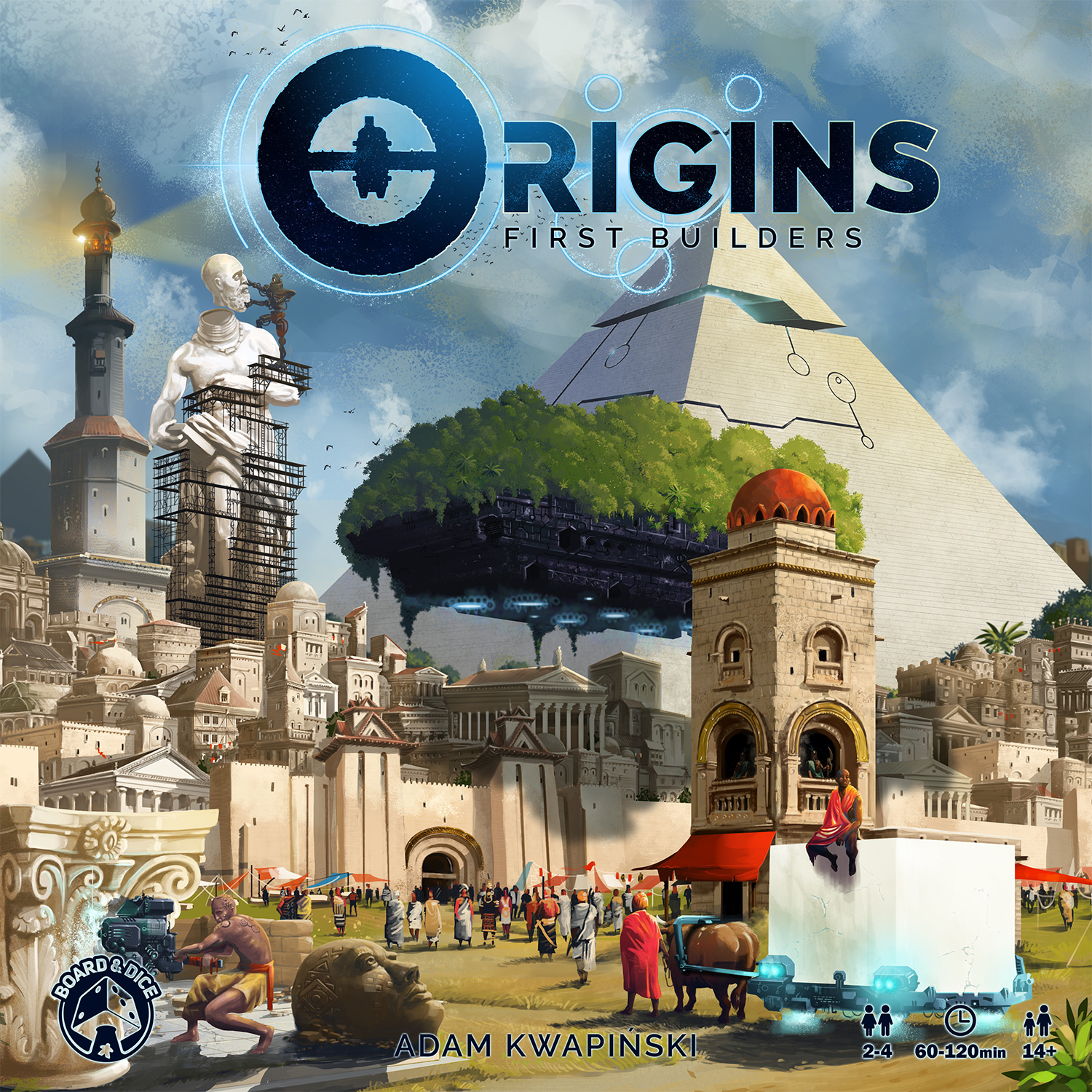 Players are members of a powerful and ancient space-faring race that visits Earth regularly to bestow gifts of progress and wonders upon the blossoming humanity. You will influence the construction of buildings and monuments, guide a population of your freemen, climb the three mighty zodiac temples, and take part in an arms race — all in an effort to leave the greatest mark on mankind’s ancient history.

You start the game with a city consisting of just two building tiles: the Agora tile and the Palace tile. As the game develops, your city will grow in both size and strength as you add new building tiles, each of which has a special ability that triggers when it’s first added to a city and when closing a district. Your placement on the military track indicates the rewards you receive when you attack and your chances of becoming first player.

The game is played over a number of rounds, with a round ending only after each player has passed. If a game end condition has not yet been triggered, the game continues with a new round. On your turn, you perform one of the following actions:

The game finishes at the end of the round when one or more of the following conditions has been met:

The temple area is divided into three tracks: the sea temple, the forest temple, and the mountain temple. You score points only for your two least-valued temples, and once all the points have been summed, whoever has the most VPs wins.