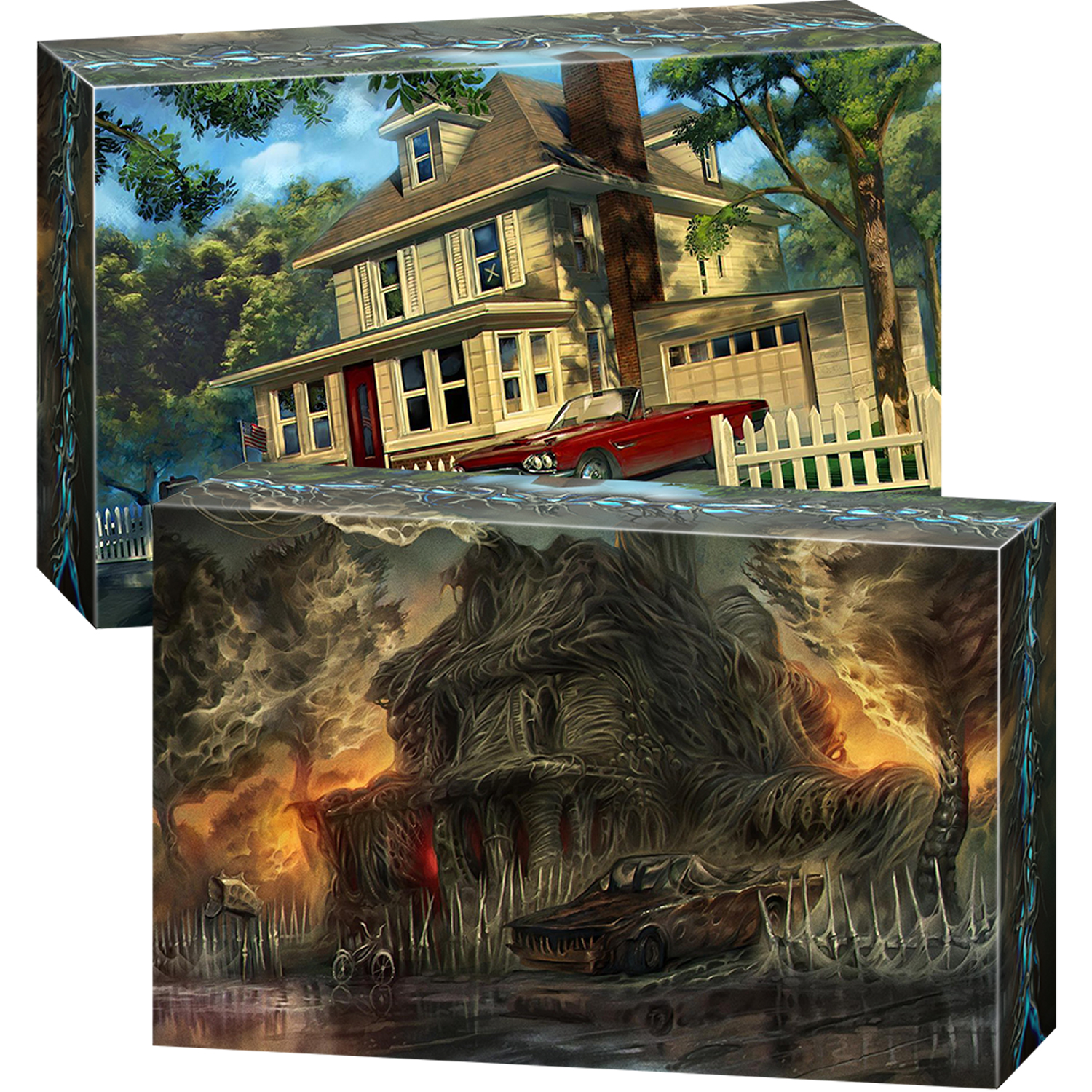 InBetween is a game for two players, competing against each other to either protect or devour the inhabitants of Upsideville in a tug-of-war between the Human and Creature dimensions.

During a game of InBetween, the Creature player is trying to devour the inhabitants of Upsideville by drawing them ever deeper into its home dimension, while the Town player is trying to increase the safety of the inhabitants in the Human dimension until they are secured from the Creature’s depredations. Players take turns playing cards and using abilities that will draw the Characters further into their dimension. At the same time they are trying to increase their Awareness of their opponent so as to enhance a powerful one-time ability that may affect the game’s outcome.

There are several routes to victory — a player can win by drawing enough Characters into their dimension, or by increasing their Awareness to its highest level.

The fate of Upsideville is in the hands of the players. Will the Town and its people be able to win and walk peacefully once again around? Or will the darkness triumph, and the horrifying creature will walk freely between the alleys?